How NOT to Stage a Protest 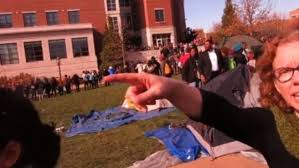 Re events at Missouri University:

Things to do (by an expert):

1.) DOCUMENT in advance your grievances, with facts, photos, and specifics. Have press release handouts and emails ready.  Everything should be in place-- so you DON'T have to scramble for evidence once the protest's already underway.

2.) Make sure your hunger striker DOESN'T have a rich daddy. If dad makes $8 million a year, it hurts your credibility. Especially when you rail against privilege, people won't take you seriously.

3.) Encircle your encampment with engaged activists, NOT with casual students who have empty bovine expressions on their faces (see the videos) which makes them look as if they're being manipulated by their teachers.

4.) Make sure the teachers/leaders are articulate spokespersons and NOT wacked-out nutcases.

5.) DON'T ask for someone to lose their job, at least not immediately. This smacks of McCarthyite witch hunts.

6.) Look for allies among those with credibility. Students at community colleges, say-- NOT at elitist schools like Brown and Yale, whose attendees are among the most privileged individuals in the country.

Is Jonathan Franzen the Jeb Bush of Literature?

IS JEB "JEBBY" BUSH THE JONATHAN FRANZEN OF POLITICS? 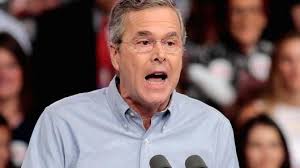 1.) Both are WASPy patrician white guys.

2.) Both are rather stiff in their presentations.

3.) Both are backed by enormous sums of money.

4.) Both represent the mindset of their respective establishments.

5.) Both are being force-fed on the American people.

6.) Both are slow-thinking and "low energy."

7.) Both have notably bland personalities.

What do you think?
Posted by King Wenclas at 10:11 AM No comments: 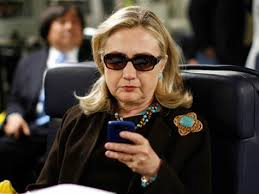 A POEM by King Wenclas

Those happy guys at ISIS seem to be recruiting ambitious young people from all over the world for their, er, project. We at LITERARY CIRCUS thought we'd help them along with better slogans :-) (If you have some good ones we missed, add them in the Comments section.) 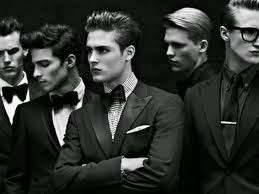 A quote from the Two Million-Dollar Man, Garth Risk Hallberg, from 2012:

"--the 'inside literary world' as such no longer really exists--"

Is that a true statement? It's a question worthy of debate. It's also a question the "inside literary world" itself won't acknowledge.

Yesterday I had an interesting exchange on twitter with Electric Literature-- www.electricliterature.com-- and a host of essay writers touted by Electric Literature as the best out there. The impromptu discussion was touched off inadvertently on my part when I merely asked EL if all the writers they discussed were New York City writers.

In truth, though not all of them live in Brooklyn, all of them do write for New York media; including for major outlets like the New York Times. They've been given the seal of approval from the center of media empire.

The lot of them jumped on me, assuring me-- or themselves-- that they were actually DIY, or at some point in their lives had been; they worked very hard (a fact I'd never doubt); and so on.

Then the exchange stopped. Everyone ran off, Electric Literature included, because I raised questions that none of them could answer. The four questions:

I asked the questions to test how real these people were in their protestations. Not very! Electric Literature had claimed there were no sides in today's literary game; and strongly implied they didn't take sides.

Most of the writers involved likely write "literary" essays which aren't exactly our thing. We prefer writing that's sharp, punchy, to the point and very readable. Nevertheless we're open to all kinds of writers. Our mission is to bridge the gap between pop and literary.

What distinguishes us from the herd, on both sides-- both camps-- is that we're willing to present all sides of ongoing literary questions. Few others can claim that. Including this question: What should the literary art look like?

To close this post, I'll make several points, and invite-- in the interest of open discussion-- Electric Literature and the essay writers to dispute or explain them.

-Electric Literature is part of old-style New York literary media. Are they an adjunct of the Big Five publishers? They sound and act like it. They require gatekeepers telling them what's acceptable and what's not. They blaze no new aesthetic paths.

-Electric Literature and their writers won't criticize the current system of publishing and promotion-- even though that system at the moment is under extreme stress. To do so would outrage many in the publishing business, and in the established literary world. Being on the right side is a safe policy. It also means that EL's stated broadmindedness is only a statement.

-Electric Literature, and literary outfits like them (n+1, Guernica, et.al.), won't touch writers, literary groups, or ideas that exist outside the current bubble of approval.

But the freewheeling exchange of ideas, about art and process, should be what any literary scene is about.


Posted by King Wenclas at 9:00 AM No comments:


Now we stumble upon this interesting tweet from n+1 founder and lead guy Keith Gessen:

Recent criticism of US journos for working w/ Kremlin media is great IF AND ONLY IF same scrutiny leveled at US and oligarch-funded media.

We ask: Does Keith Gessen consider his own publication to be "oligarch-funded media"? 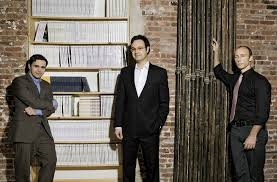 Always they are on the make,
to Big-Time Money they're on the take!

They hope to finance their revolution,
billionaire friends is quite the solution!
Posted by King Wenclas at 6:42 PM No comments: